It was established in memory of Diaconal Minister, Barb Elliott.

The submission date for applications is February 11. 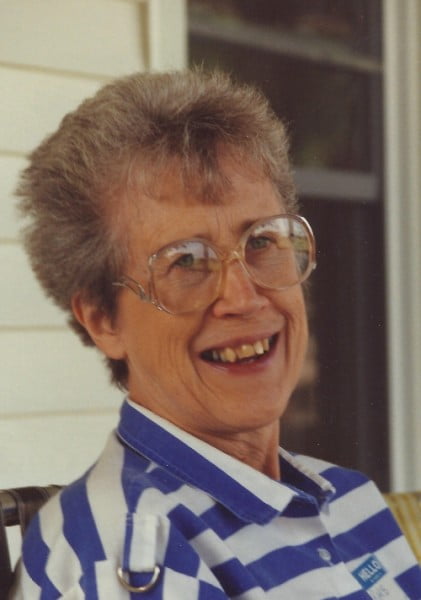 The Barbara Elliott Trust Fund for Innovative Ministries is pleased to receive donations to support the fund. Donations may be made in the following ways:

For further information regarding how you might donate stocks or mutual funds or leave a bequest to the Fund, please contact our treasurer at [email protected] 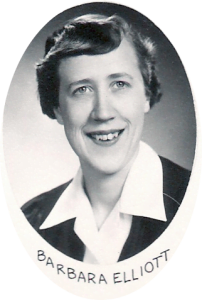 As a Diaconal Minister in Saskatchewan’s United Church, Barb Elliott pushed the boundaries of Christian feminist thinking in North America. Her feminists analysis challenged colleagues to question how their work affected the marginalized in society, especially women.  she was a “founding mother” of Saskatchewan’s Christian Feminist Network and The Unbeaten Path, its newsletter.  She pushed her church to practice what is preached in the way of justice and compassion and in 1980 helped introduce a motion for use of inclusive language in the Saskatchewan United Church. The motion passed but not without a hostile reaction.

Barb understood the problems many women have with traditional religion, but wondered, “where did I get the ideas of love and justice if not through Christian tradition?  “I want to emphasize community, mutuality, equality in the church; and I reject the parts of the system which seem to me to foster status, separation, or any kind of hierarchy.”

Born in 1930 and raised in Ontario, Barb spent much of her adult life on the Prairies.  For most of her life she lived with bronchiectasis, a chronic lung condition, and needed oxygen to help her breathe during her last six years.  Living with chronic illness, Barb learned that many people expected her either to get well or to die but she knew that for many a continuum is more appropriate.  “On a scale of 1 to 10, where are you today?” She did not like pity and preferred justice to charity: “Justice is people treating me with dignity, listening to what I need and providing it because I need it, not because they need to do it for me or out of pity.”

Barb Elliott died in November, 1992.  A week earlier, liquid oxygen tank by her side, she [had] conducted a workshop on feminism and disabilities at a Christian Feminist Network Gathering, at the Prairie Christian Training Centre, in Saskatchewan.

This biography is from the 2002 Herstory Calendar.

(1) Elliott, Barbara, “Questioning Everything”, in The Barb Wire Collective, Charlotte Caron, et al. editors, Not All Violins: Spiritual Resources by Women with Disabilities and Chronic Illnesses, Toronto, The United Church Publishing House, 1997. (The book was published in honour of Barb.) Her words in this article are from the book.