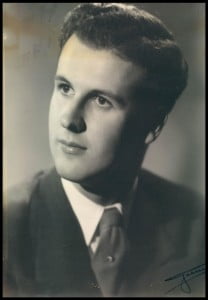 Lawrence Moon
Back to Index 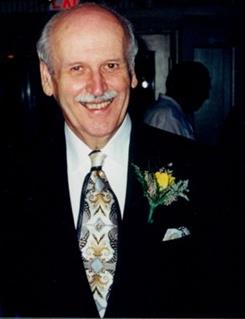 Certified Churchman/Diaconal Minister, Lawrence Moon was gracious and gentle and demonstrated a positive manner with everyone around him. He never wavered in his conviction that the Spirit of God held him and all of us in loving arms.

Lawrence was born in Grande Prairie, AB to Gladys and Norman Moon and was one of four siblings. He happily spent his early years on a farm near Bezanson and moved into Grande Prairie at age ten. In high school he was an enthusiastic member of the drama, debating, and journalism clubs. He treasured the life-long friendships which developed in those years. After moving to Edmonton, he met the love of his life and best friend, Evelyn Turner. After sixty-one years of adventure and joyful contentment together, Lawrence deeply mourned her passing in 2010.

From an early age, Lawrence had a deep sense of calling to work with people. He began his professional life with the YMCA as Director of Youth Work, which included a position at the Lake Edith camp near Jasper, AB. Later he began a long and influential ministry with the United Church, first at North Hill and Riverview United Churches in Calgary and then First United Church in Victoria, BC. Lawrence was a progressive thinker and innovative leader and nurtured many, especially young people, in their journey toward an open- minded and heart-felt experience of faith.

Lawrence responded strongly to the needs of the disadvantaged especially in Victoria’s inner city. His vision and hard work led to the founding of the Open Door Ministry in 1986.  He became the first Director of this outreach ministry to people on Victoria’s streets. Along with a team of wonderful like-minded people, there was “unconditional love given in a non- judgmental way”.  The ministry continues today.

He was a pioneer in helping to establish Diaconal Ministry in the United Church.  Lawrence was recognized as a Certified Churchman in 1965.  As the church evolved the Deaconess Order and the group of Certified Churchmen into the Order of Diaconal Ministers, Lawrence was proud to adopt that title.  Lawrence at times wished he had been a student at Covenant College (later the Centre for Christian Studies) as he always felt a little outside the community of those who had the shared formation experience.  This did not stop Lawrence however from connection with other Diaconal Ministers over the years.  When invited to participate in a Senior Diaconal Ministers event at CCS in 2005 he was deeply regretful that circumstances couldn’t enable that to happen.  He told Caryn Douglas, then the Principal, that he would have looked to the event to help him to wrestle with his identity as a male Diaconal Minister.

Lawrence was a vibrant storyteller and a generous host. He delighted in every opportunity for conversation and hearing each person’s “story”. He also researched and passed on the stories which make up the Moon family history. One of his greatest joys was his family: three children and four grandchildren. Over a lifetime, Lawrence and Evelyn maintained a wide circle of precious friendships, and close bonds with extended family including many beloved cousins, nieces and nephews who will miss him greatly. He was known as a gardener with a magical touch and has left a legacy of beauty and colour in all the places he lived.

This memorial was prepared by Caryn Douglas, February 2013.