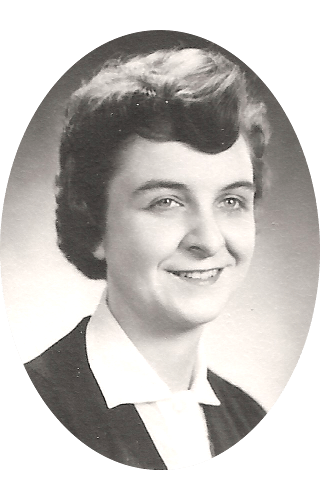 Colleen Erb
Back to Index 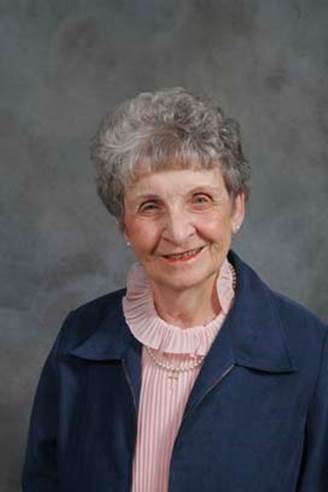 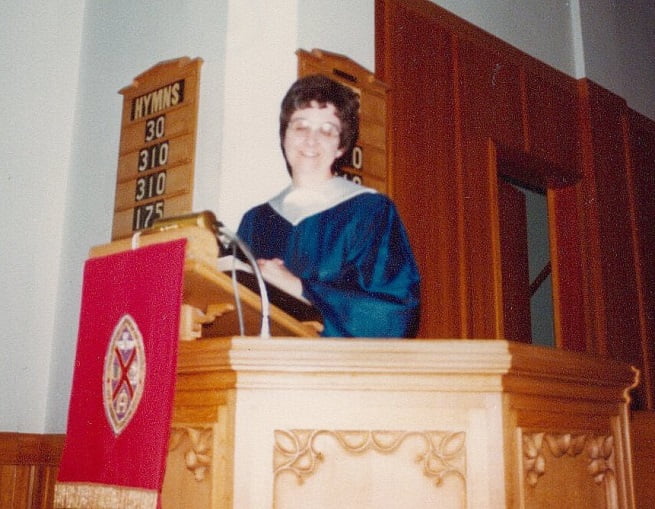 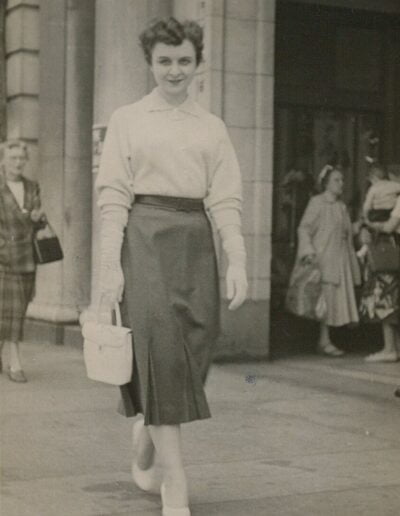 Colleen Erb fell in love with music and God at an early age. She lived a full life as teacher, pastor and theological reflector. When invited to give a title to her life story she suggested, “Feasting on a life’s journey.”

Colleen was born in Calgary, Alberta, on January 19, 1928, and moved to Victoria with her parents and brother when she was 12 years old. She attended South Park School and Victoria High, and at age 15, went to work at the Empress Hotel to earn enough money to continue to study music. After graduating with her piano teaching and performance diplomas she taught piano to students in Colwood and Victoria for seven years. She was an active member of Metropolitan United Church, and through the Rev. Laura Butler, in her late 20s, Colleen sensed a call to be a Deaconess.

Colleen left home and her parents – one of the hardest moves of her life – to study at the United Church Training School in Toronto in 1960. Students regularly had a summer ministry position. Colleen, who was missing her west coast home was pleased with the assignment she was given. She writes, “I had a chance to go home to B.C. during the summer recess. I was offered a job in Vancouver with the B.C. Conference. I travelled all over the province training church leaders who were offering vacation bible school during the summer. I didn’t have a car, so I travelled everywhere by bus and had to lug great big cases of books around. This job terminated at the end of June, and then I directed B.C. camps at Mollice Lake in the Burns Lake area, Gibsons in Sechelt, Moore Croft on the Island and others.”

Despite what she experienced as a grueling even if exhilarating course of study, she graduated from the two year program in 1962. Designated as a Deaconess, Colleen accepted an appointment under the Board of Home Mission to Pincher Creek, AB, where she was in a team ministry on a five-point charge covering 1,000 sq. miles in the foothills of the Rockies. Pastoral visiting, preaching every Sunday at some of the points, funerals, CGIT and Explorers, and wider Presbytery leadership were part of her ministry there. She did everything but administer the sacraments.

For her next appointment, she returned to BC as the Director of Christian Education, at Chilliwack United Church, where she served from 1966 to 1979. Again she was responsible for pastoral visiting but preached only once in a while. Colleen writes, “We had 600 kids in Sunday school, a big choir, and I led the Junior Choir and then formed an intermediate choir and a senior girls’ chorus.” Colleen added singing to her musical repertoire and teaching credentials during these years, but her most arduous learning was that she underwent to respond to her call to ordination.

Colleen first felt a sense of call to what was then simply called “ministry” in 1961. Although theological understandings of vocation and ministry were shifting, up to this time, the diaconate was definitely a lay order, and was never referred to officially as ministry. The call re-emerged strongly at a Conference Annual meeting in the 1970s where the one candidate for ordination was a woman, and Rev. Laura Butler was the theme speaker. At Laura’s prompting again, Colleen responded positively to the call followed by another hard slog of studying, this time while working full time. Units of Clinical Pastoral Education, including an intensive in a chemotherapy ward, challenged her stamina and stretched her theological. The years of hard work resulted in her BTh and her ordination at St. Andrew’s Wesley Church in Vancouver in 1980. She described it as one of the happiest days of her life. Gordon United in Victoria called her shortly afterwards which, she said, was “a perfect match,” and she ministered to the 250 families there until she retired in 1993 after 31 years in ministry.

In retirement, Colleen become a vital member of First Metropolitan United Church in Victoria: singing in the choir, leading a women’s spirituality group, offering spiritual direction and enjoying time spent with her many friends. She greatly admired writer and theologian Joyce Rupp and was grateful for the workshop times she had with her. Colleen participated in the creation of Stories United: Harvesting Elders’ Wisdom, (2008) a project of the Spiritual Companions Program at the church. In the book, she relates stories which reveal her deep and abiding faith and her practiced spirituality.

Colleen’s spiritual depth was countered by an openness to name the fears and anxieties she sometimes felt despite her rootedness in God. That gave her a remarkable ability to be present with people. She experimented with many forms of prayer, both active and contemplative. Colleen had a near death experience when she suffered a stroke. Asked if God was present during that time she responded to a friend, “I don’t know, … I prayed for healing but I didn’t have a deep sense of God as I’d expected.” She went on to explain, “When you’re dying, you hope to really feel God, but sometimes your physical and mental state may not allow you to experience this. My friend then asked me about the nurses. All of a sudden, I realized that God was there in those caring people…”

Colleen engaged the intensive process of reflection during the interviews with Terry Dance-Bennick for the Harvesting Elders’ Wisdom project, with a characteristic rigor and candor. She allowed her aging years to be a teacher. When thinking about death she said, “The whole universe is constantly being created and re-created. Everything dies in the winter and sits dormant until the seed or root starts to sprout again and give life. … I can’t tell you what happens; but why would God deny us the fruit of the seed when we die, when we see birth, death and rebirth all around us everyday? … I believe wholeheartedly that there’s something more than this life; otherwise what’s the point?”

This biography was written by Caryn Douglas, drawing from Stories United: Harvesting Elders’ Wisdom, Terry Dance-Bennink, Editor. The Spiritual Companion Program, First Metropolitan United Church, Victoria, 2008, and from the full text of the edited interviews in this book, gathered in Faithful to the Call Reflections on my life story by Colleen Erb, edited by Terry Dance-Bennink.