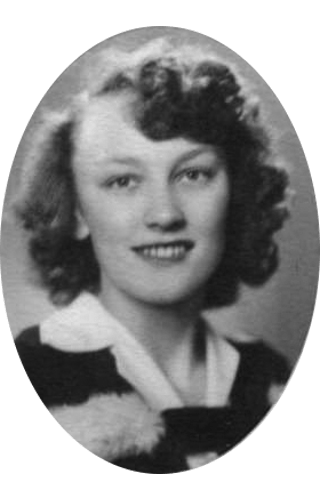 Alice Dahms Irwin
Back to Index 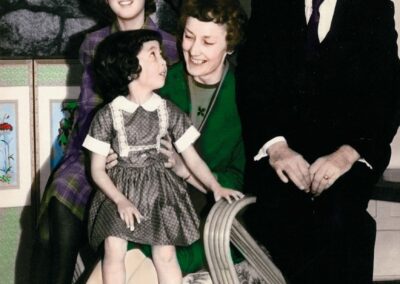 From “Our Korea Autobiography” 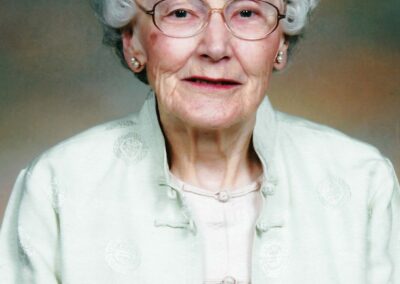 Alice Dahms and her two brothers grew up in Ontario as “pk’s” (preacher’s kids), in the former Evangelical United Brethren Church; since 1968 it has been part of the United Church of Canada. Alice was only sixteen when her mother died. Her father remarried and her step mother, Vera Schweitzer, was a great influence on her. Vera had been a missionary in China until conditions during the war years made it too dangerous for her to remain. In her educational and vocational path, Vera served as a role model for the young teen.

Knowing that a university education was impossible unless she received a scholarship, Alice set her sights on that goal as the first step to fulfilling her plans. She had secretly made a pact with God: if she met the requirements for university entrance, she would serve God all her life. Upon meeting those requirements she began work toward an Arts degree in 1945 at McMaster University in Hamilton. After graduation, she enrolled in the Deaconess course at the United Church Training School and graduated in 1947.  There were options upon graduation from the Training School: appointment with the Woman’s Missionary Society or Designation as a Deaconess among them. Alice chose the latter, desiring to be part of a bigger whole, she felt comfortable with the identity it provided. At the time, despite the model of her step mother, Alice didn’t feel called to work overseas.

She considered a Christian Education position in Sarnia, but it seemed too far from home and family. Instead, she went to Knox United Church in Saskatoon! The serendipity in that move paralleled an act later that profoundly shaped the course of her life. At her Designation as a Deaconess at Saskatchewan Conference in 1947, a young minister named Don Irwin introduced himself. Her work at Knox was shortened by her marriage to him in 1948; her status as a Deaconess revoked. Notice of her Designation and her Disjoining by marriage were in the same minutes of the Committee on the Deaconess Order (November 15, 1948).

Alice, like the many other Deaconesses turned minister’s wife, took up a partnership role with her husband. In her words, together they went to a pastoral charge in Campbell River, BC. At the time it didn’t bother her that she worked without formal recognition and for no pay, it was the custom for women to give up work when they married and she was happy to be the minister’s wife.

Three years later it was on to Berkeley, California where, after graduate work, Don accepted a position as an army chaplain. He was to go to Germany, but at the last minute the order came that he would be appointed to Korea. Serendipity again. Alice was disappointed since there was no place in that war-torn land for wives of the military. While a truce between North and South Korea had been negotiated hostilities had not entirely ceased and married quarters were non-existent. Don was moved by his experiences among the Korean people, facing such devastation with courage. During a rendezvous they had in Japan, he shared his desire to help as much as she could the people he was befriending. Together they decided they would be open to serving with the United Church, if the Church confirmed the need. In 1955 they were sent to Korea. They remained for 30 years.

Their work was teaching in a Presbyterian Seminary which eventually became Han Shin (Korean Theological) College through the Presbyterian Church of the Republic of Korea. Alice taught Christian Education and English. One of her first challenges was to gather audio-visuals: slides, flannelgraphs and other resources for teaching the Bible. Her success in this area led to her participation in the Audio-Visual Department of the Korean Council of Churches. As Korean leaders began to take over the work that she had been doing in the College, Alice moved into another field: teaching the Bible through drama. Eventually she pursued a master’s degree in Theatre Arts from Columbia University Teacher’s College. Her drama skills continued to find expression even in her Canadian retirement where at nearly 80, she was still directing well appreciated chancel dramas.

In 1980, Alice decided that she wanted to have her diaconal status reinstated. Times were different, and women were more freely recognized in ministry. She felt that she had the training and the background, and because she was engaged in ministry it was appropriate. She wrote to Fred Bayliss at the United Church’s Board of World Mission. There was a bit of a question because while she was appointed in Korea, up until that time she didn’t get a salary. This was the practice in the church at that time: the pay cheque went only to her husband, as well as any pension accrual.  She thought that was unfair. A satisfactory arrangement was made and the Board agreed to reinstate her. In 1981 she became a Deaconess again.

Thirty years after their arrival in Korea, Alice and Don returned to Canada. For a short time they shared a pastorate in New Hamburg, Ontario; later Alice worked at First Church in Waterloo as Christian Education Coordinator.

In 2003 Alice completed a written memoir of their time in Korea. Her mother had saved the weekly letters from their first four years there; this material provided valuable firsthand reports to augment her memories and other research. The Irwin’s adopted two Korean born daughters and Alice wrote the book so that her grandchildren could have a record of life in Korea when their mothers were growing up. This short biography gives the skeleton of Alice’s life and ministry; the memoir provides the flesh. It is well worth the read. (To obtain a pdf version contact [email protected])

Don died in 2003, and a few years later Alice relocated to Calgary, where she lived with one of her daughters until her death, passing away quietly in the company of her family. She was 89.

A celebration of her life was held in Seoul, at Chodong Church, where the Irwins were part of the congregation for many years. Her remains joined Don’s there in a graveside just outside of Seoul.

This biography was written by Caryn Douglas in 2015, drawing on a 2002 Centre for Christian Studies article by Joan (Vale) Gugeler, interviews with Alice, her autobiography and obituary.