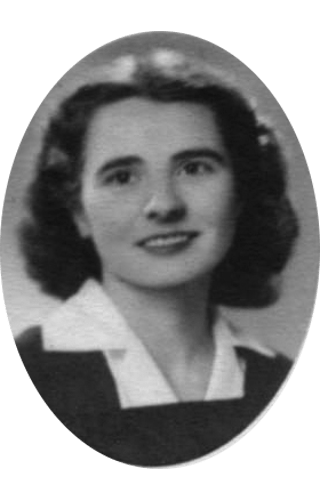 Thelma Dixon-Murphy
Back to Index 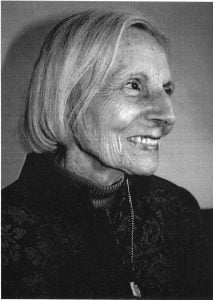 The first part of this biography, is an autobiography, written by Thelma in 2002.

Inspired by the teachers who lived in our home and whom I admired, I grew up in Northern Ontario knowing that I wanted to pursue a career in teaching. One teacher in particular, whom I followed as if I were her shadow, allowed me to “teach” reading and spelling to the children in the younger grades. To my delight that teacher later married my Mother’s brother, Uncle Reg Bartlett and became my Aunt Ruby.

Although there was no question in my mind about my professional goal, achieving it presented some obstacles. One was a lack of a high school in our area, and the other was a lack of money. I completed grades 1-10 in the one-room public school, and the year after that, I attended the Continuation School at Sturgeon Falls with Allan [brother] and a cousin, Olive Montgomery. We rented two rooms and each Sunday traveled with the minister from Warren to Sturgeon Falls with enough provisions for five days. On Fridays, either my father or Olive’s father picked us up and drove us home.

For the next two years I continued through Grade 12 by Home Study, which meant purchasing the texts and reading and memorizing them, and then writing the district exams. The first year saw failure in four of the six subjects. The second year, I managed a passing grade. Next, I went to North Bay Normal School (Teacher’s College) and then to a teaching position in the Kipling Public School (1936-37). In 1938-39, the opportunity came to move to a graded school (a school with more rooms than one), and I began the first of six years of teaching grades 1 and 2 in Dr. Carruthers Public School in North Bay. During those years I accepted a Teacher’s Exchange for one year in Halifax, Nova Scotia (1942-43).

While teaching in North Bay, I accumulated credits by taking correspondence courses and going to summer school at Queen’s University, Kingston, Ontario. Also, during those years I was developing increasing interest in the Education Programs of the United Church of Canada and greatly enjoyed providing leadership in various summer camps. When the wife of the minister at Warren asked if I had ever considered full-time work in the church, it seemed like a natural next step. I applied to the United Church Training School (UCTS) in Toronto, and they responded by recommending that I complete the BA degree. Then I attended Queens University for one year, and UCTS the following year. In 1947, I graduated from the UCTS and was designated a Deaconess [two years later, as was the custom at the time].

During these years I repeatedly asked myself questions about how the great messages of Love and Truth could be interpreted in a way that would make them real. Then I had an experience that gave direction to my quest. In the early 1950’s, during a time of crisis, I sought help from a psychotherapist. A few months of therapy clarified for me some really important issues, including some new understandings of love and loss. I was overjoyed and puzzled: Why had my religion not afforded me the same kind of clarification? From this experience I redirected my quest to learn more about the relationship between religion and psychotherapy.

My next move was to New York City in 1956 to study at Union Theological Seminary. In order to obtain training in counseling I shifted in 1957 to the Department of Family Life Education and Counseling at Teachers’ College, Columbia University, New York, and graduated in 1961 with a Doctorate in Education (Ed. D.).

Concurrently with my studies at Teacher’s College, I studied pastoral psychotherapy in the three-year training program for clergy at the American Foundation for Religion and Psychiatry (currently the Blanton Peale Graduate Institute) in New York. The Institute was founded by a clergyman, The Reverend Dr. Norman Vincent Peale, and a psychiatrist, Dr. Smiley Blanton. During the years of studying in New York City my financial needs were met by some scholarships and by a variety of kinds of employment. The latter included my being: a supervisor of students at Union Theological Seminary, a Youth Director at a Bronx Church, a weekend receptionist at a residence for students, a baby-sitter, a weekend counselor-companion to a disturbed 9 year old boy, and an overnight companion to a senile ninety year-old woman. All were valuable learning experiences.

On graduation from the Blanton Peale Graduate Institute in 1962, I embarked on a forty-year career of teaching, supervising and practicing pastoral psychotherapy. This career has enriched my life. I am deeply grateful to the many individuals who gave of their vision, wisdom, grace, faith and compassion. In 1975, I was ordained in the United Church of Christ in the United States at Riverside Church, New York.

My quest continues and will continue. My question currently is “how are spirituality and psychotherapy connected in the healing process?” My interest has intensified in this question and doors are opening on all sides. Brilliant leaders from different traditions: Thomas Hora, Deepak Chopra, Jon Kabat-Zinn, Thich Nhat Hahn, Jack Kornfield and Eckhart Tolle have enhanced my quest. Let me offer just one quote from Chopra, “Healing happens when we lose our fear of change.” I like that thought and feel blessed that my longevity has brought me into a time where vast numbers of people from many disciplines are exploring the same question and seeking change. I particularly like the emphasis on finding God within through meditation. This has been a focus of my own study for many years.

The most significant event of my life in the United States was my marriage, June 5, 1971, to Dr. James Milton Murphy. Jim was born in Denver, Colorado, attended the Bible College of Phillips University in Oklahoma, completed an A.B. degree and was ordained a Disciples of Christ minister. Then he came to New York City to study at Union Theological Seminary and completed an M.Div. degree. Next, he completed an M.D. degree from the School of Medicine of New York University and a psychiatric residency. Since 1971, we have both served as supervisors and teachers at the Blanton Peale Graduate Institute. In addition to the blessings of my marriage to Jim came the gift of becoming a step-mother to his two sons, Tom and Paul.

Thelma died at the age of 96. While dementia affected her toward the end of her life, she practiced family therapy until the age of 90.

“Thelma leaves a legacy, not only as an early woman model in psychotherapy, but also as a national leader in the American Association of Pastoral Counselors (AAPC) and as an integrator of marriage and family therapy, spirituality, [and] psychology.” {1} At a time when women were rare in ministry, Thelma was one of only two women founders of the AAPC.

Thelma saw herself as entering ministry when she was designated a Deaconess in 1947 and she valued her work through which she found spiritual identity and oneness with God. She said, “The Deaconesses worked at all kinds of things. Some were assistants to ministers; some had their own pastoral charges; some were in Christian Education. And actually, I did all three of those … we didn’t do the sacraments or the baptisms or marriages. We did everything else.” {2} The United Church did agree with Thelma’s observation that Deaconesses did everything in the church except for sacraments, but, the United Church emphatically declared that Deaconesses were NOT ministers. Ministry was still perceived as the work of men. {3}

Yet, Thelma’s decision in 1975 to be ordained in the United Church of Christ (USA) was influenced by her knowledge from childhood that women could be ordained. {4} The local expression of the United Church in Warren, Ontario (north of Sudbury) was “old fashioned”, and the roles for women were traditional; Ladies Aid and Sunday School. However, her parents empowered their children to “plot their own lives and go ahead and make it happen.” {5} Thelma always knew that ministry was an option, even if not often manifest for women prior to the 1970s.

In the 1940s, the United Church Training School was at one and the same time, a place of great empowerment for women and an institution which perpetuated stereotyped practices for women. Fortunately, the balance was weighted in the favour of the former, especially from the strong women on staff, including Gertrude Rutherford and Jean Hutchinson. It was Jean Hutchinson who directed Thelma to complete her degree before attending UCTS, a directive she gave many of the women entering the school. Jean was determined to set a high standard for the office of Deaconess and Woman Worker, and she and Gertrude could see that the future would require women to have strong credentials because opportunities were going to expand, as they had during the Second World War.

In the 1950’s the field of Christian Education was burgeoning in Canada, as well as the United States. Many United Church people, Deaconesses as well as ordained personnel, went to study in New York, particularly at Union Seminary. Thelma was encouraged by people in the church system into her studies when she left for the US in 1956. It was Canada’s loss that she never returned.

With Thelma’s recognition that her interests were more in psychology and psychiatry she shifted her academic program and when she learned about clinical pastoral training, which was very new, she became involved. When she entered the three year program at the Foundation of Religion and Psychiatry at Union she was one of only two women.

Thelma described her experiences and the sexism of the time:

I was so excited about finding this wonderful field that I hadn’t known had existed that I think I just kind of overlooked a lot of things … or said, ‘Oh well! Tomorrow is another day!’ … There were 11 men and me [in my peer group]. That was in the days when a lot of the men smoked cigars and were pretty chauvinistic. … For instance, I might have an idea in class and I would mention it. And then it wouldn’t be picked up, and we would go on. And maybe twenty minutes later one of the men would have the same idea, and then it became the subject for discussion. … [they were] benign, paternalistic kinds of people.” {6}

Like most of the women of her era, Thelma continued to give leadership, despite the challenges of patriarchy. As the field of pastoral counseling became organized she contributed substantially, along with the few other women involved at the time. She reflected, “[It’s] been kind of a characteristic in my life. I get an idea and I go with it. Then I find out what it’s all about after. … We were really dedicated to this professional approach to the healing ministry. We didn’t think about what a minority we [were].” {7}

Thelma felt she had met an equal in her husband, Jim Murphy, someone who encouraged her and didn’t expect her to take a place in his shadow. She evolved a developmental philosophy of pastoral counselling. She understood the role of the pastoral counselor is in “healing the unconscious conflicts in order that individuals may be open to this inflow of love, and truth, and grace … We are not meeting with people to make them better. We are only trying to help them uncover the good that is already there.” {8}

Thelma is survived by her husband, and her step sons and several grandchildren and great grandchildren. Her obituary proclaims that she received too many awards and life-time honours to be listed. Her daughter in law wrote, “She was just our Thelma and impressed us with her love, not her degrees. She was a wonderful grandmother, mother-in-law, step-mother and wife.” {9}

This biography was prepared by Caryn Douglas, June 2017.