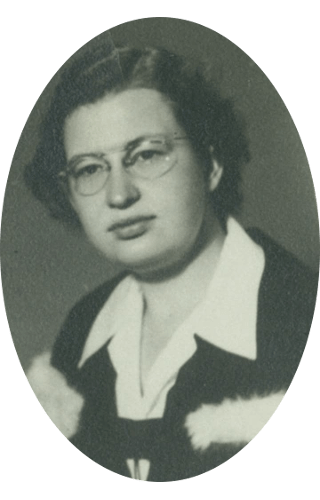 Enid Horning
Back to Index 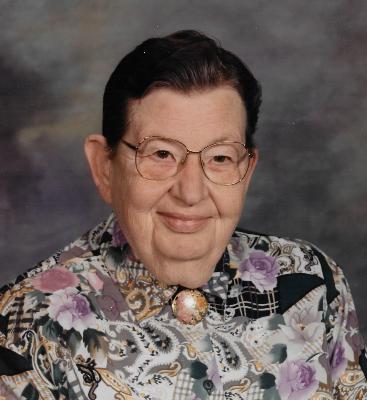 Enid Horning‘s first profession was teaching, but her calling was to be a missionary. She dreamed of serving in Angola, Africa, inspired by a cousin of her father, who had served there, but when God’s call was realized it was to Japan. Enid felt, “it turned out to be the best choice.”[i]

Born in Scotland, Ontario, November 19, 1927, to Alexander and Gertrude Horning, she along with her siblings Mary, Barbara and Arvin were raised in a United Church family. Graduating from Scotland Continuation School in 1946, she taught in Scotland area rural schools. From the 1948 Valley School minutes, “[Enid] commuted in a model A Ford and, during inclement weather, boarded at the Dan McKnight place. Cecil Davis, Secretary Treasurer, issued her salary cheques at the minimum range of $1200.00 per annum.”[ii] Even on this meagre salary Enid began taking courses through McMaster University (Hamilton) to obtain her BA, which she received in the spring of 1952. That fall she moved to Toronto in 1952 and entered the United Church Training School to prepare to become a missionary and a Deaconess.

Meeting with Mrs. Loveys, the Secretary of the Woman’s Missionary Society, to discuss possibilities for appointment after graduation, Enid was enticed to consider Japan, where the need for teachers was great. Japan was still recovering from the Second World War, and with a long history of mission work through both the Methodist and Presbyterian churches prior to the formation of the United Church in 1925, the Church was anxious to respond to the need. Enid explained, “there were schools in Japan [Toyo Eiwa, for example] with which we have a long connection, and I was looking forward to teaching in one of them.”[iii]

Enid graduated in 1954, was commissioned as a Missionary and Designated as a Deaconess by Hamilton Conference. Achieving fluency in Japanese took many more years. Even before departing Canada her language study and cultural orientation began. She attended the Linguistics Course at the School of Missions.

From late 1954 until 1956, Enid attended language school in Tokyo. The classes were in the morning, and two afternoons a week she taught a conversational English class in the Junior College at Toyo Eiwa Girls’ School. “By the late 1950s”, said Enid, “people were very anxious to learn English.” Like all the women who served with the Church, in addition to their paid work, they were expected to take active leadership roles in the church and community. Enid taught Sunday school and led English Bible classes.

Enid reflected in her annual report to the WMS on the dynamic of her being a student of language and a teacher of language. In her English Bible class some of the students had the same elementary level of English that she had of Japanese, yet, she wrote, “we do have some quiet searching and worthwhile discussions as we seek to discover just how the teachings of Jesus [apply to Japan today.]” She continues, “One question that comes up repeatedly is the problem of what a young Christian’s responsibilities are in the community and social life of this country where such a small percentage of the population is Christian.”[iv]

When Enid made the transition in 1956 from full time language to permanent work, she was appointed to teach at Shizuoka Eiwa Girls’ School in Shizuoka City. She taught school, continued in part time language study and held three Bible classes a week. A summer of full time language completed her compulsory courses.

The following year she writes, “Once again this year has been one of change for me.” It was a change that would shape the remainder of her ministry in Japan as she shifted from teaching to being an “evangelistic” missionary.

Enid, and her colleague Margaret Trueman, a public health nurse, were responsible for Hokuso District in the northeast. Their home, in Tomisato village was about 3 hours from Toyko, but the district was far flung. The following year they were joined by 3 others, bringing to total 19 women under WMS appointment in Japan. Tomisato was the home of a Rural Centre, opened in 1953 with a kindergarten and then in 1954, when Margaret began, a health clinic was started.

The two women were assigned to work with 10 churches, and their pastors in this rural region. Some of the congregations were well established, others were new, but they were all small and in need of care. Travel between churches was extensive and they were glad for their “sturdy Japanese Toyopet car which the WMS provided …[which] has a truck body which is almost essential on the rough roads.”[v]

Enid commented in her report, “The type of work here is entirely different from that [which I did before] but I cannot but feel that for one whose roots and sympathies are as deeply and strongly with rural folk as mine are that this is the place where I belong.”[vi]

The title “Evangelistic Missionary” is perhaps misleading in today’s understanding. In Canada, women who did the work that Enid carried on were called Missionaries at Large, perhaps just as unclear. Enid explained that the translation of her title in Japanese was Circulating Missionary, a much more useful descriptor. Circulating through the churches in the Hokusa area she held Bible classes with high school students and university students. She supported congregations, their boards and committees. She met regularly with the area’s pastors for planning and to give them a “safety valve” for confidentially expressing their struggles to raise a family on the tiny salary that they received. She assisted with educational programs, accompanied women’s groups, arranged and provided leadership training, and, conducted some Sunday services. She described in her report that in a two point charge with a part time pastor, she took services once a month and “each month as I leave, their parting request to me is, “Please pray that we may be sent a full-time pastor.”” [vii] Enid had a very dry sense of humour along with a candid way of speaking her mind.

During Enid’s furlough years 1959-60 and 65-66, she completed the work for a Bachelor of Divinity at Emmanuel College in Toronto. While this would have made it possible for Enid to be ordained, she chose to remain a Deaconess (later a Diaconal Minister).

On furlough in 1976, Enid served the 4 point Northwest Norfolk Pastoral Charge in rural Ontario for 6 months, followed by a move to Colborne Street United Church in Brantford where she worked with an ordained colleague for a year. Her work there largely focused on pastoral care with seniors, some worship leadership and children’s programming.

In 1977 she returned to Japan and to rural evangelism as well as picking up duties with the United Church of Christ in Japan in personnel work and the coordination of incoming missionaries. While the nature of her work continued until her retirement in 1989, the context shifted remarkably. In the early years, as Japan was struggling to rebuild, the Canadian dollar went a long way and the missionaries were relatively affluent. Emerging as an economic power on the world stage, and a rising standard of living, changed that difference. Growing through the decades as well, was the sense of partnership between the Canadian Church and the Japanese church. The Japanese church had always had indigenous leadership, but as the sense of equality between the Japanese and Canadian churches grew, the quality of relationship between missionaries and the Japanese people was altered as well.

Returning to Scotland after retirement, Enid became involved in many local community ventures. (See photo from early 2000’s) She contributed importantly to the local library and was chair of the District Library Board for several terms. She kept an archive of community and church documents. Church was a central part of her life as well, at the local level as well as the Presbytery. She kept up relationships with Training School classmates and women she had served with in Japan as well as some of her Japanese colleagues.

In 2005, worsening symptoms of Parkinson’s disease meant that Enid had to leave her lovely 1910 house in Scotland and move to a nursing home in Paris, Ontario. Her mind remained alert but her body was severely affected. As long as she was able she would speak to her friends on the phone and welcomed visitors. She died September 22, 2015, in her 88th year.

This profile was written by Caryn Douglas in 2015.

[iii] Kit McDermot, “A lady with a Mission”.

[iv] Missionaries Reporting, The Annual Report of the Woman’s Missionary Society of The United Church of Canada, 1956 Edition, p 95 -96.

[v] Missionaries Reporting, The Annual Report of the Woman’s Missionary Society of The United Church of Canada, 1958 Edition, p 85.

[vi] Missionaries Reporting, The Annual Report of the Woman’s Missionary Society of The United Church of Canada, 1958 Edition, p 87.

[vii] Missionaries Reporting, The Annual Report of the Woman’s Missionary Society of The United Church of Canada, 1959 Edition, p 227