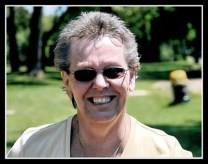 Rollande “Rolly” MacLean
Back to Index

Rolly MacLean was born in Sudbury, Ontario and, until she was settled to her first pastoral charge, she lived in the French community of Blezard Valley, a small farming community near the City of Sudbury.  Rolly was married to Keith for 43 years.  She is mother to Janice and Leslie and grandmother to numerous grandchildren.  Her first career was teaching French to school children.

Rolly’s journey with the United Church began when she and her two daughters went to worship at St James in the Valley United Church (Blezard Valley).  It was there that Rolly met diaconal minister Maxine McVey, who later became her educational supervisor and diaconal mentor.  Maxine remembers that Rolly’s presence at St. James was the “beginning of a long beautiful friendship”.  Rolly worked side-by-side with Maxine for several years at St James.  “We had fun doing ministry together,” Maxine recalls, “whether it was sleeping on the floor in the basement of the church with the youth group, taking them camping on the Manitoulin Island or working with the Pastoral Care of the congregants or the outreach or ecumenical group in the Valley, she became my right hand”.  Rolly helped Maxine “learn the importance and the value of friendship, and that deep connection with each other”.

In 1998, Rolly recognized her call to diaconal ministry and in the summer of 1999 she began her studies at the Centre for Christian Studies, located in Winnipeg.  Rolly loved being a student and she engaged with her learning with enthusiasm, completing the program in 4 straight years.  While studying Rolly offered pulpit supply at both St. James-in-the-Valley, Trinity in Capreol, as well as serving as student minister at All People’s United Church (Sudbury), a struggling church with an outreach program to single moms in the area.

Rolly graduated and was commissioned to diaconal ministry by Manitou Conference in 2003.  She was settled to Trinity United in Chapleau, Ontario.  Chapleau is a logging community in Northern Ontario. The fastest way to get to Chapleau from Sudbury is by a gravel logging road and I would tease Rolly that she lived in the middle of nowhere.  The fact that Chapleau was out of the way didn’t bother her, she easily fit-in as she was able to use her gifts for hospitality and entertaining.

Building relationships by providing hospitality, reaching out and social justice were a few of Rolly’s diaconal gifts.  While in Chapleau, she fostered a relationship with the Aboriginal community by attending events and ceremonies.  She brought awareness to the injustice of unfair trading practice by beginning a fair trade café.  Diaconal minister Bea Arnill, who was also one of Rolly’s diaconal mentors, remembers Rolly as “curious and open to listening” and recalls a story Rolly shared with her about an encounter she had with a street person who was sitting on the sidewalk.  “Instead of going on by” Bea noted, “Rolly reached out by sitting down beside him and having a conversation”.

Whether she with was leading in worship, facilitating group discussion or leading a faith study, Rolly’s ministry was infused with creativity.  Bea remembers especially Rolly’s pottery, and her gift teaching potting to others at one of their Anishinabe retreats.  I recall Rolly teaching a few of us how to paint Christians symbols on candles.

In 2006, in order to be closer to her family, Rolly accepted a call to Bar River/Echo Bay pastoral charge, not too far from Sault Ste. Marie.  It was during this time that Rolly became my diaconal mentor.  Together Rolly and I explored diaconal ministry; its history, its identity and how it is lived out in the present day church.  What I valued about my many conversations with Rolly was her ability to add insight through creativity and humour.  Rolly knew how to take a difficult understanding and offer perspective with humour.  Well beyond her role as my diaconal mentor, she and I would visit each other regularly and spent hours on the phone sharing our experiences of ministry.  She even took time to visit me in my settlement charge in Springdale, Newfoundland.  What Rolly offered to me was more than a diaconal mentorship; she offered wisdom and understanding through friendship.

Rolly served as the Card Secretary for Diakonia of the United Church (DUCC), for many years, sending cards of sympathy and celebration to members of the community.

Rolly spent her last year of ministry on Manitoulin Island serving Mindemoya Pastoral Charge. Maxine notes that Rolly loved her ministry on the island as she enjoyed having time as “the three amigos”, as Bea, Maxine and Rolly liked to call themselves.

It saddens me that I never got to say goodbye to Rolly, whose death came very suddenly, however I take comfort in knowing that she ended her ministry doing what she loved with friends that she loved.

True Friendship has Many Ingredients

True friendship isn’t seen with the eyes;
it is felt with the heart when there is trust, understanding, secrets, loyalty and sharing.

Friendship is a feeling rarely found in life, but when it is found, it has a profound impact on one’s wellbeing, strength of character.  A true friendship does not need elaborate gifts or spectacular events in order to be valuable or valued.

Written by Catherine Gutjahr with stories and input from Maxine McVey and Bea Arnill, and by editor Caryn Douglas, May 2017.