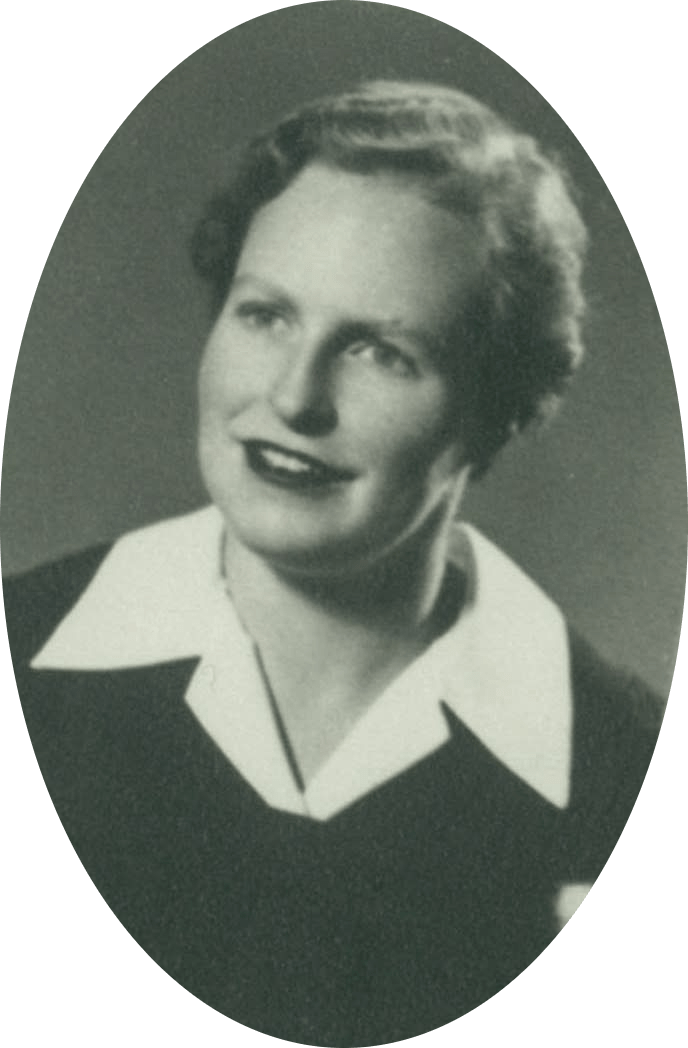 Ruth (Oliver) McPhee
Back to Index 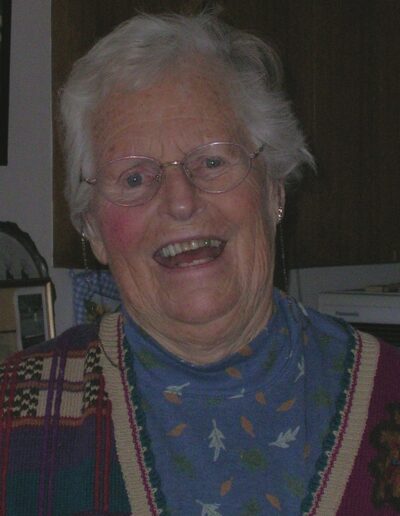 Ruth Oliver, born September 22, 1920, grew up in Hamilton, Ontario with her siblings Alfred Oliver, Mary Acheson and Anne Wright.  All were surrounded by the love of their parents Caroline and Frederick Oliver, whom she credited with exceptional guidance and devotion. Ruth always had wonderfully fond memories of her youth; her school, summer camps, and importantly, church activities. She attended McMaster University and earned an MA. She proudly wore her McMaster ring until the end of her life. Trained as a teacher, she taught in Collingwood, Ontario during the 2nd World War.

Ruth was a widow when she entered the United Church Training School in Toronto in 1952.  She and her high school sweetheart, Lloyd Glanville, had married after the war. They were very happy together but tragically Lloyd was killed in a car-train accident 16 months after their marriage. Ruth was devastated, but in her typical resilient manner, she moved forward in her life.  Upon her graduation from UCTS, and her designation as a Deaconess, she was appointed to youth work at Robertson Memorial United Church in Edmonton in 1954.  It was there that she met ordained United Church minister Ernie Brundage.  Ruth was one of nearly 100 Deaconesses who married ordained men!  She was disjoined from the Deaconess Order in 1957 because of her marriage.  Ruth was unaware that exemptions to the disjoining rule were being considered by the Committee on Women Workers at the time.  In 1960, the rule was officially removed, but Ruth had fully embraced and accepted a full life as minister’s wife, sharing ministry with her husband in Daysland and New Norway, Alberta.  In 1971, Ernie died.

That same summer Ruth and her mother headed off to Africa where she met Hammond Atkinson. He and Ruth fell for each other and they married the following year. They lived together in Ottawa until his death in late 1974.

Ruth again accepted the role as minister’s wife when she married Frank McPhee, another United Church ordained minister, in October 1975 after a whirlwind romance. Three years later Ruth sought reinstatement as a Deaconess and in 1982 when the nomenclature changed, she became a Diaconal Minister.  Together Frank and Ruth ministered in Innisfail and to the First Nation community at Morley, Alberta and at Gull Lake until Frank’s retirement in 1985.  While they worked together, Ruth was never on the payroll.  Ministry suited Ruth’s creative spirit and outgoing nature.

Ruth has experienced a lot of loss in her life. She was married and widowed four times. Frank died in 2007. He had not been well for a long time and was in a nursing home across the street from the senior’s complex where she lived in Lacombe. She visited him every day and cared for him until his death, even though, now well into her 80s, she was beginning to experience memory loss herself.  Ruth lived her last years in Camrose and died May 25, 2016 at the age of 96.

Ruth was renowned for being wildly creative; with art, music and drama. She worked with youth and children and was well loved by many as attested to by her grandson at her funeral when he said, “Grandma Ruth is lovingly remembered by her grandchildren, great-grandchildren, nieces, nephews and friends for her positive attitude, her amazing resilience, her ability to find joy in the simple things in life and her wonderful infectious laugh.”

This biography was written by Caryn Douglas drawing on material from her family in 2016.