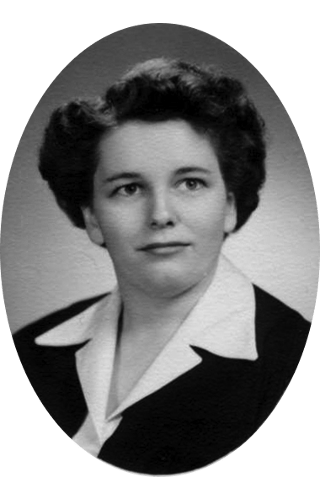 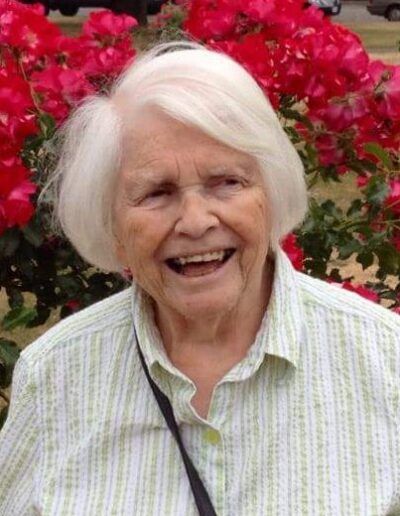 Beatrice Carkeek, was born April 21, 1926, growing up in Oshawa, Ontario. Her first, and enduring love, was music.  She trained as a librarian, but when she found she enjoyed her volunteer church work more than her paid work, she responded to the call she felt within.

Betty’s church work was typical for the time: leading Explorers groups for girls, teaching Sunday school, attending youth groups. With involvement in the young adult programming offered by the wider church she was able to attend a number of Conferences.  At one of those Conferences someone told her about the United Church Training School (UCTS), and she decided to apply, and she began the two year program in 1949. The application included an exam by the school’s doctor and an assessment by a psychiatrist.   She was relieved when the psychiatrist gave her a pass.  Her mother was excited about her plans, an excitement not shared by her father, who complained her library training had been a waste of money.

Betty recalled her years at school with fondness: learning from foreign students and the challenge of the Synoptic Gospel course which taught the women to think critically.  But Betty didn’t lavish the “finishing school” attitude of the curriculum, a hang-over from a former era of white gloves and tea.  Living together, the young women developed close connections and there was time for fun.  Music was also a large part of her school days; many of her classmates were musical.  She was part of a trio that sang at churches in the city.

In the summer between her years she worked in two small towns in Saskatchewan.  Her main form of transportation was her bicycle, but on Sundays a middle aged bachelor drove her in his pick-up truck from Neidpath to Burnham, and with no floor boards in the truck it was always an adventure.  Weekly worship and preaching, summer programming, church picnic and pastoral visiting kept her active.  It was a lot of responsibility and she managed, despite the train conductor’s prediction as he dropped her at the town that she wouldn’t last a week.

After graduating in 1951 she was appointed to Trinity United Church in Portage la Prairie and its mission point of Mackenzie, and then was “set apart” as a Deaconess in 1952 at Manitoba Conference.  Betty remembers her classmate Ruth Sandilands Lang, used to call it being “set aside”.  When a new ordained colleague arrived he made it clear he thought little of the Training School and its grads.  But Betty’s competency at training mid-week leaders, organizing Sunday school, leading the junior choir, and occasional stints preaching changed his view.

Betty remembered working with children who attended church from the Portage Residential School and she had a ministry at the Women’s jail.  Betty could see that it was poverty and a lack of education which contributed greatly to the women being incarcerated.  She got to know some of the women quite well, but they wanted anonymity after release so she wasn’t able to continue a relationship with them.  The congregation was encouraging of her visits at the jail, but Betty knew that they wouldn’t have really welcomed the women to worship.

If it hadn’t been for a summer camp romance just before she entered the Training School, Betty’s work would have continued.  Instead, when John Wing graduated from Emmanuel College ready to be ordained, they were married at Trinity.  The church disjoined Betty from the Deaconess Order, and, her father disowned her from the family.  He couldn’t accept her marriage to a “Chinese man”.  It wasn’t until 25 years later, close to his death, that her father would see her again.  Over the years, Betty was aware of the racist attitudes, and actions of others as well.

Disjoining was automatic when a Deaconess married. No one ever asked for her pin back, although it was common that the pin given to women at the time of their designation was expected to be returned.  She still had it until the time of her death.  When John was ordained, he was settled to a community near Edmonton, in Alberta.  They soon had 3 children and her focus turned to raising a family.

Betty said that it wasn’t until she read Betty Friedan in the 1960’s that she began to appreciate the sexism in the disjoining experience.  She stressed though, at the time she just accepted it as the way it was.  There was also a marriage bar for librarians so she understood this to be something that was ‘normal’.  She was so busy with children that she didn’t have time to work anyway.  Betty explained, “at the time, unless you held a really important job, like a doctor, you didn’t imagine combining work with raising children.  Daycares were unheard of.”  When she did return to work after her children were much older she returned to library work.  She felt that she was too out of date for ministry and since her husband was in ministry they needed one job that was predictable and had stable hours.  When the United Church made a formal Apology to disjoined women in 2006, she didn’t feel that the apology was necessary.  Some other disjoined women agreed with her, while others, including her classmates, Ruth Sandilands Lang and Joyce McMaster Scott, were anxious for the church to make amends. For Betty, it was a long time ago and she was unmoved by the argument that the church would use the Apology as a way to address current injustices.  While she could see the value of it, she said, “I doubt that will happen!”

Her husband, John, was also a social worker and he did work back and forth from ministry to social work. They moved often, living in Edmonton, Calgary, Winnipeg and Vancouver.  An experience with the minister’s wife when she was serving in Portage la Prairie convinced her that the minister’s wife should not be too involved in their husband’s work.  After they married she limited her involvement in the congregation to things like teaching Sunday school.

Her retirement years, lived in Vancouver, were full of church activities and music.  Betty died at age 90.

This biography was written by Caryn Douglas, in March 2018, drawing on interviews conducted with Betty in 2006 and 2012 and a profile written by Brenda Miller for an assignment at the Centre for Christian Studies in 2009.