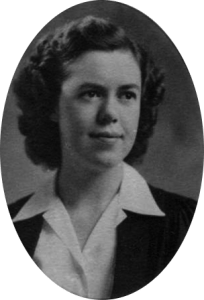 Muriel Bamford
Back to Index 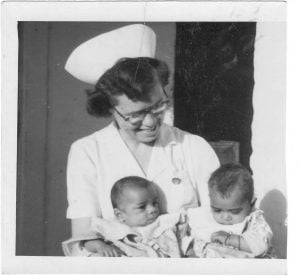 The nurses were involved in every aspect of hospital and public health nursing. 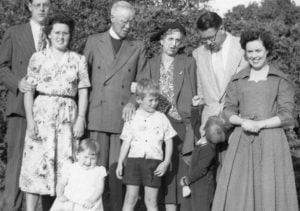 Muriel, far right, with her family 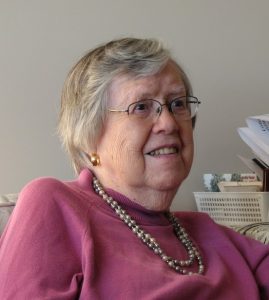 Muriel Bamford was born on June 20, 1918 and was a child of the manse, growing up in Northern Ontario.  Missionaries were frequent guests in the Bamford home, and they made an impression on her.

A graduate of Wellesley Hospital nursing school (1941), she did industrial nursing during the war (at a munitions factory), and then in private duty while attending Toronto Bible College (1943-45).

Muriel enrolled at the United Church Training School and started classes in September 1945.  She had some kind of overseas service in mind, but the stories of a worker in India inspired her to ask the Woman’s Missionary Society to appoint her there, for what turned out to be a term of 30 years.

Muriel arrived in India on January 24, 1947.  For the first 3 years she studied Hindi and helped train students in Indore, where the largest United Church Mission Hospital was located.  In 1950 she took a leave of absence to return home to Canada to nurse her mother through her death from cancer.  Muriel was able to study Nursing Education and Administration at the University of Toronto during that leave.  On a subsequent leave a few years later she went to the University of Western Ontario and completed her BScN.

In one of her reports back to the church Muriel wrote, “Never was so much done for so many with so little”.  Her description of the supplies and equipment reveal the creativity required of the staff to provide anywhere near modern medical care. Her 1959 report home laments the lack of a modern distiller to assist in making intravenous solutions.  The copy of that report, now in the archives, belonged to Laura Long, a disjoined Deaconess from Manitoba.  Penciled beside the less than subtle plea for a distiller is a note:  “Birtle WMS” followed by a question mark.  Did Laura see that the need was met?  The connections between the WMS overseas staff and the women back in Canada was strong.

In 1975 Muriel came back to Canada.  The need for Canadians to be in leadership in India was passing and both attitudes and financial support for mission work was changing.  She nursed for 2 years at the Wrinch Memorial (United Church) Hospital in Hazelton, BC until funding cuts eliminated her position. Her last years of nursing were at the Purdy Pavilion in Vancouver.

After her retirement in 1983 she became an active member of Canadian Memorial United and lent her energy to many projects: she taught “Fun and Fitness” and raised money to support work in India. She was also active in supporting Vancouver School of Theology. In her final years declining health and memory affected her.  At her funeral, her minister said, “The last visit I had with Muriel was in March when I saw that she was tired and failing, yet alert and patient. She was ever God’s faithful servant, facing her present life circumstances and death as it came.” She died peacefully in her 99th year on May 19, 2017.

This biography was written by Caryn Douglas in March 2018 drawing on material from her family, from the United Church of Canada and from the WMS “Missionaries Reporting” and funeral reflection by Susan DuMoulin.