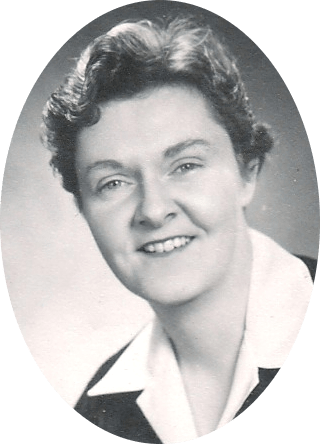 Wilma Sharpe
Back to Index 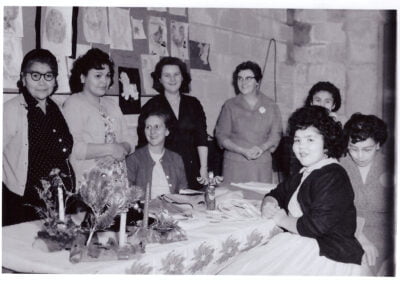 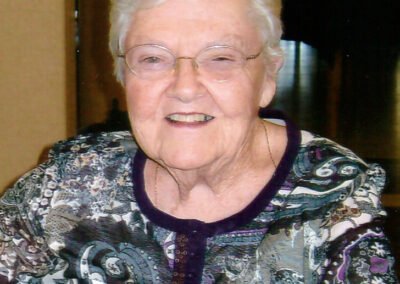 Wilma embraced her life with a commitment to be a learner:  “Every position gave me opportunities to learn new things – all were good experiences. I tried to offer support and leadership that would contribute to making life better for people, and have more meaning. And I knew I did not work alone. I always worked with others, and I felt the Holy Spirit was always part of it.”

Born September 13, 1920, Wilma Sharpe grew up in rural Saskatchewan. She trained as a lab technician and worked for many years in Yorkton, her home community. Along the way she met two women who had graduated from the United Church Training School and who were very influential in her life: Essie Johnson and Ferne Graham, both Deaconesses. Eventually Wilma felt a strong call to ministry, or “as we spoke about it in those days, to full-time Christian service. I had helped people get better in their body, and I liked my work as a lab technician. But I knew people also needed healing and health of spirit and I was feeling a call to that work.”

Wilma enrolled in the United Church Training School in 1958 at the age of 38, and when her studies were completed two years later, she was designated a Deaconess and commissioned by the Woman’s Missionary Society (WMS) as a Home Missionary, taking a position with the WMS in Prince Rupert, BC at Friendship House.

Wilma worked two years in Prince Rupert, where her ministry included  work with the Indigenous people in the community.  A new building was developed for the Friendship Centre during her years, and a student residence for young people coming from more remote reserves was opened.  Wilma had oversight of the residence as its Director.   A particular interest for her was work with groups. She enabled those with whom she ministered to offer leadership and service to others, especially with youth and children. She spoke though about how much she received, knowing she was enabled and strengthened by the people she worked among.   She remembered that the younger women in the Indigenous community wanted to have a tea – with salmon sandwiches of course. For women often on the receiving end of “handouts”, they were so proud to be on the other side of the counter.

Her next position, in 1963, took her to Nanaimo, on Vancouver Island, where she was appointed by the Board of Home Mission. The work there initially involved ministry with immigrants from China. In the later part of her time there she also worked in other congregations in the Nanaimo area as part of a five-point charge.  The Pastoral Charge was very diverse, with Chinese, Indigenous and White congregations.  Wilma was one of four ministry staff in this Larger Parish ministry.

As Wilma reflected, “I took training that prepared me to offer leadership in certain areas, always in a team. But the positions I served meant that I had to expand my skills and abilities; often, for one reason or another, I would be the only minister available for a period. I enjoyed moving to the new things. And I always enjoyed team ministry – where we each had our own work to do, but were able to help the other out when necessary.”

Following her successful and rewarding seven years in Nanaimo, because of health issues and a desire for further study, Wilma took a sabbatical year in Toronto in 1970 at Covenant College (later the Centre for Christian Studies).  Furlough was still a regular experience for those who worked under the banner of “missionary”.

After her study leave Wilma became the Director of Christian Education at Cedar Park United Church in Pointe Claire, Quebec. Four years later she was called to Lloydminster, Alberta where she stayed for the final twelve years of her ministry. This team ministry position had the most variety of all: Camps, Vacation School, Church School, pastoral care, weddings, funerals and frequent worship leadership.

In retirement, which began in 1986, Wilma stayed in Lloydminster where she had made many friends and continued to be active in the congregation. Her dear friend Gladys Jack provided support and care.  Wilma moved to a care home with declining health, including the loss of her sight and memory. She died January 22, 2018, at the age of 97.

Wilma always found great satisfaction in her life in ministry, wherever it took her. Throughout her life and ministry, music was always a source of joy and inspiration. And she never took herself so seriously that she couldn’t have a good time! She could always see the comic side. When she left Cedar Park to begin ministry in Lloydminster, they gave her a book of appreciation in which everyone wrote something. One man wrote “The West wins again!” And it did!