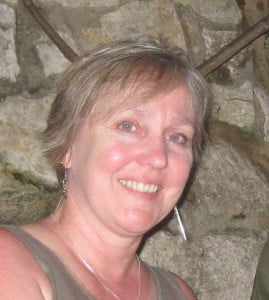 Debra Schweyer
Back to Profiles

I was born and raised in Toronto. My home congregation was, as far as I know, the United Church’s first tri-congregational church building, established in the 60’s. It was a cinder block building with three sanctuaries and crazy colourful liturgical murals. I was a candidate for ministry from Hillcrest United Church, and I was commissioned by Toronto Conference in 1983, in the first group of diaconal ministers to require settlement.

My formation began as a child and as a youth in the United Church, continued at the University of Western Ontario, and then as I attended the two-year CCS residential program in Toronto, the only program at that time. We had a core group, field placements – and academics, which some of us did at Emmanuel College, Toronto School of Theology.  My program continued over the years as I worked with the fine people of many congregations and communities, and took part in many educational events.   About 1997 I completed the Master of Theological of Studies degree through St. Stephen’s College, accompanied along the way by congregants, colleagues, family and friends.  In 2002 I decided that the institution of the church and I needed some time out…so I took a sabbatical year and studied French, then taught English, and am currently managing an English Language Assessment Centre. Now my formation continues an active participant in a local congregation.  I would argue that I am still in formation as a diaconal minister, constantly forming and reforming who I am as I learn about and participate in the life of the church and the community.

I was called to diaconal ministry by two central ideals: the educational process/method, and the struggle for justice. There was also a sense of being part of an exciting movement of women and men choosing to take up their/our ministry outside of the “established norms and practices” of the traditional church.

Until 2002, my years in diaconal ministry were spent working in teams with an ordained minister. Some of those experiences were quite wonderful; some not so much! I was settled to a team ministry in Saskatoon, worked in the Conference office in Regina for part of a year, and served in congregations in North Battleford, Calgary and Winnipeg. I have served on many committees in every court of the United Church, and I co-chaired the Central Council of the Centre for Christian studies as it moved from Toronto to Winnipeg.

As a diaconal minister in a church that declared it would have balanced representation on all its committees and working groups, it was sometimes a challenge not to be on several committees, working groups, etc.  Many of us were stressed and overworked, trying to have an impact on as many decisions and directions of the church as possible.  Yet, participating in the life and work of the wider church was very exciting.

Some of the best experiences I have had in paid ministry have been with children in worship. I remember the first time that the children in my congregation in Saskatoon were “allowed” to take communion with the adults in worship.  It was a deeply moving experience for everyone present, as we explored together what it meant to do this –what it might have meant for the early worshipping community and what it might mean for us. The children truly led everyone present in a new and fresh sharing of faith.

These days I bring many of the skills I learned in my formation in Diakonia to the work I do with immigrants, refugees, working groups and colleagues.

How do I explain diaconal ministry to others?

Diaconal ministry is about education for social justice, service to a wounded and wounding community, and pastoral care undertaken with and for the world.

First, diaconal ministry is not for the faint of heart. It requires a great deal of patience, tolerance, humour and wisdom. There is much misunderstanding and fear about diaconal ministers in the church at large.  Some of it is well deserved….some of it is just silly.  In diaconal ministry, one is on a quest for community that honours all of life.  It requires that one ask difficult questions and be prepared to struggle in the search for answers.  It does not require that one have the answers, only that we be willing to engage in exploration and accompaniment. The art of Diakonia is in its ability to see differently than the world does, and further, to offer options for behaviour that will nurture divinity in all humans.

What gives me the most satisfaction, reward, sense of fulfillment from ministry?

I get the most satisfaction/energy/excitement from the educational and political work that I do and have done.  I have always enjoyed creating and leading educational programs for all age levels….pushing the edges of comfort and understanding in adults, and encouraging and nurturing creativity and exploration with children and youth.  Some of my work involves problem-solving and crisis management; some of it involves a great deal of pastoral care and/or counselling.  But all of it involves entwining part of another’s learning journey with my own. This is both exciting and terrifying, and still fills me with enormous energy.