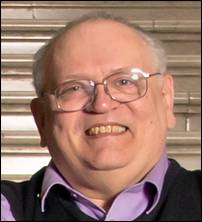 Ken DeLisle
Back to Profiles

The Western Field-Based Program, 1st intake. It was offered from St. Stephen’s College on the campus of the University of Alberta.  It was a five-year program where students remained in their home communities while gathering at times for community learning.  Articles on the Diakonia website give a fuller description.

Sounds weird, but as I entered an annual Conference meeting there was a voice that said, “It’s time for a change.”  I spent several months with my spouse and friends exploring what I was called to do next. Ministry  – or acting – were the two choices that kept coming up. I chose acting – twice.  But it didn’t feel right. When I learned that drama could be seen as a ministry within the context of diaconal ministry – that was it!

This form of diaconal ministry is so enriching. We work together as learner and teacher and then Pentecost happens! The Spirit is felt and new visions are created. It affirms for all of us in the process that God has done and can still do marvellous things.

How I explain diaconal ministry to others….

It’s a style where we learn and grow together using the skills we all have.

My training is a gift to share, not a power position to take over and tell others what to do.

We learn to recognize and encourage the gifts in others.

We are called to challenge powers, support those oppressed and to show the love of God in all that we do.

What gives you the most satisfaction, reward, sense of fulfillment from the ministry you do?

I love it when an individual or a congregation “gets it.” They have a Pentecost moment when the spirit grabs them and their whole being and vision shifts. Sometimes they do glow!