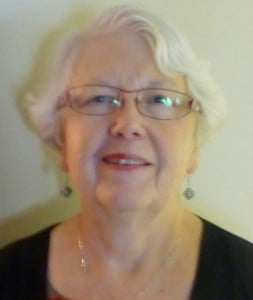 Heather Robbins
Back to Profiles

I began the program at the Centre for Christian Studies in June 1999, just as the Centre was making its move to Winnipeg.  I went into discernment in 2000, knowing completely that diaconal ministry was the path for me.  We had three learning circles each year: fall, winter and spring. My first field placement was in the Pastoral Care year at John Black Memorial United Church in Winnipeg.  I was hoping to become a candidate from the three-point rural pastoral charge where I had volunteered for many years but I felt I needed experience in a city church.  Anne Duncan was my learning facilitator and Sherri McConnell my diaconal mentor.  In the Social Ministry year I was with the St. Matthew-Maryland Community Ministry in the inner city of Winnipeg, a rich and challenging experience.  Irene Rainey and Yvonne Naismith, diaconal ministers in this community were my co-facilitators. Verna McKay, who had spent many years in inner city ministry was my mentor. She was a gift to my understanding of racial, social and cultural issues.  By the third year I was in congregational accountable ministry at Norwood United Church in Winnipeg where I also did my Education Year field placement.  The Rev. Dr. Gordon MacDermid, Dean of Theology at the University of Winnipeg, was my learning facilitator. Irene Rainey took on the task of diaconal formation and continued with me through the Integrating Year. The Global Exposure Experience took me with a small group of wonderful people to Guatemala.  So many aspects of this diaconal learning were transformational. I am so grateful for the many volunteers and ministers who walked this amazing journey with me.

One of the main draws to diaconal ministry for me was the sense of community among those diaconal ministers I knew and also the pragmatic approach I felt towards worship and work as one.

I was settled in a three-point pastoral charge in western Manitoba and stayed there nine years. In that time I learned much about farm life. The BSE (mad cow disease) crisis, PMU (pregnant mare urine for hormone therapy), droughts, floods and frosts for crops and the closing of one of the points in the pastoral charge were huge learnings for me.  In the Presbytery, I became involved in Pastoral Relations and later in Presbytery Planning committees.  I enjoyed being part of Assiniboine Presbytery.  In 2012, I accepted a call, 5/8 time, to the Stony Mountain-Lilyfield pastoral charge on the northern perimeter of Winnipeg and my life partner and I moved to the city. I am the third diaconal minister there in a row!

How do you explain diaconal ministry to others?

What gives you the most satisfaction, reward, fulfillment from the ministry you do?

Getting to know people’s stories and being welcomed into their lives with trust and respect. I appreciate receiving feedback – positive of course, but also taking the opportunity to learn and grow from challenges.