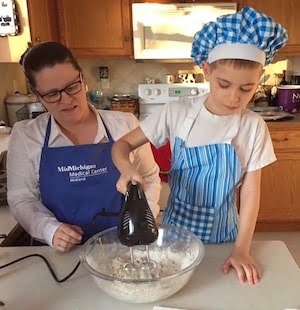 Deborah Laforet
Back to Profiles 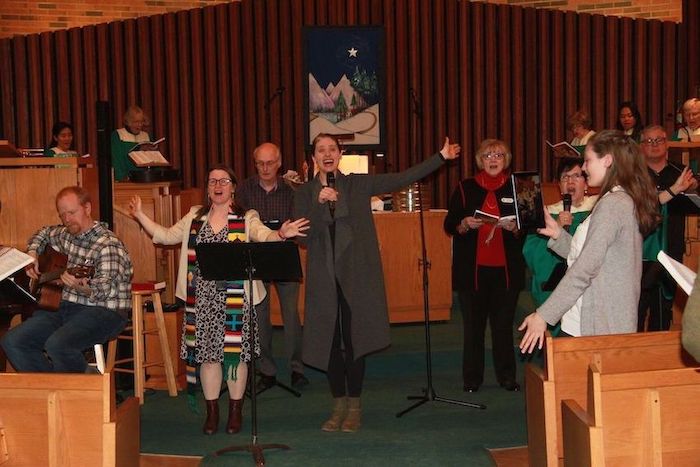 I began with the Leadership Development Module (LDM) at the Centre for Christian Studies (CCS).  I then took a reflection and then started with the Social Justice Theme Year in
September of 2003.  I graduated on March 18, 2007.

While on maternity leave for my second child, I began to feel a call to follow Jesus in some way; I just wasn’t sure yet what that would look like.  I then met someone who was doing some studies at CCS.  I felt drawn to diaconal ministry and its focus on education, social justice, and pastoral care.  I never imagined myself as an ordained
minister in a pulpit, but this kind of ministry sounded more to my liking.

I was settled in Stoughton, SK in 2007.  I had asked for a location where I would be on my own.  I felt I needed to find my identity as
minister.  I was in a single point pastoral charge and absolutely loved my time in Saskatchewan.  There were challenges of course, but I loved the prairies and I loved the people.  I was president of that conference from 2011-2012 and my most vivid memory is being a part of
a community reconciliation event in Lebret, SK, where I offered the United Church words of apology.

In 2012, my family and I packed up and left Saskatchewan and moved back to Ontario.  I became Christian Education minister in Oakville at St. Paul’s.  I have really enjoyed my work with the children and youth and their families.  I continue to enjoy my wider church work as well,
co-chairing Halton Presbytery for two years and then chairing the Transition Commission of Region 9 or Horseshoe Falls Region.  I am
currently the lead minister of the same congregation and learning to work as part of a larger staff team.

I have also had the privilege of being the DUCC (DIAKONIA of the United Church of Canada) alternate representative to DOTAC (DIAKONIA
of the Americas and the Caribbean).  I attended a DOTAC conference in Brazil in 2015 and a conference of the DIAKONIA World Federation in Chicago in 2017.

How do you explain Diaconal Ministry to others?

How I explain Diaconal Ministry depends on with whom I’m talking.  I might compare it to ordained minister, with which most people are familiar.  I might talk about diakonia in the bible and what the word means.  I might talk about the values of community and justice.  I might explain a bit about how I was formed as a diaconal minister.  I might invite them to join me with some diaconal colleagues or bring them to a national gathering. Or I might just show them how I do
ministry in a diaconal way.

What gives you the most satisfaction, reward, sense of fulfillment from the ministry you do?

Community is what I value most and when I see others excited about being in community or longing to be in community with others, my heart
feels full.