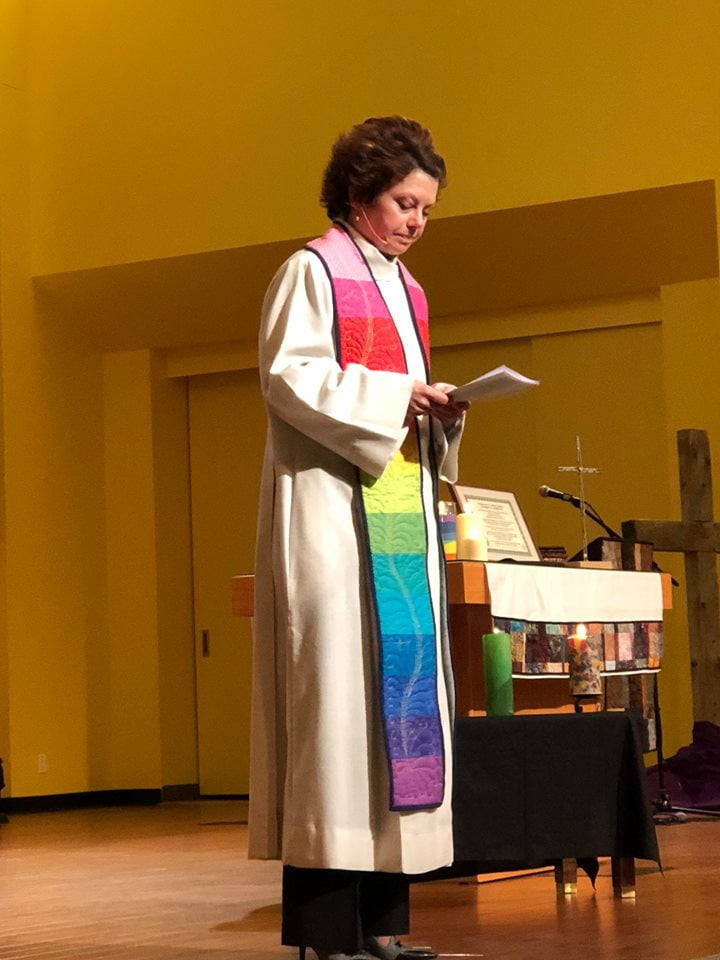 Vicki McPhee
Back to Profiles

I took the LDM (Leadership Development Module) in 2007. I took most of my external courses at St. Stephens College at the University of Alberta. I completed my Master of Theological Studies in 2019. My Global Perspectives Experience took place in Peru, learning about human trafficking.

My call to diaconal ministry was first experienced on a study/exposure adult trip to Zambia in 2003. I met Betty Marlin, a retired diaconal minister working as overseas personnel, while in Zambia. The leader of the trip, Garth Mundle, an ordained minister, worked with Betty to provide us a variety of connections to get to know the Zambian people connected with the United Church of Zambia and the social justice issues that were of concern to them at the time. I found myself seeking leadership roles that would allow for me to share similar learning opportunities with other people. Garth invited me to assist him in leading a study/exposure trip to India in 2007. He requested that I take the Leadership Development Module from CCS before leaving on the trip. I agreed and spent nearly three weeks at CCS in June 2007. By the end of the first week at CCS I knew that I had found my home. I was forever changed in those first few days when I realized there was a group of people who shared with me a similar understanding of our world. By the end of the second week of the LDM, I realized that I needed to start the discernment process and began to make plans for a future that would involve me attending school (with four children, aged 3-9).

My calling is to congregational ministry. I began an appointment with my congregation during my Integrating Year and was called to the congregation upon my commissioning. In 2021 I will be marking ten years in the same congregation. Ten years sounds like a long time but I have done many different things and had a variety of responsibilities while I have been serving there, it hardly seems like it’s been that long. When I first started, I was primarily responsible for children and youth programming and Faith Formation, Outreach and Stewardship. I was alone in team ministry for my first six months and then I had an ordained team mate for 3.5 years. Then I was the sole minister for some time until I was teamed, once again, with another ordained minister. We have been working together for three years now. I am now the minister responsible for Worship, Outreach and Stewardship. I spend much of my time planning worship services that involve a variety of members of the congregation–encouraging participation by as many people as possible. I take seriously my role of preaching as opportunities to educate and inspire people to act faithfully and compassionately to address the social justice concerns of our community and our world. I also provide leadership on most adult faith formation programs. I am not the minister responsible for Pastoral Care however I spend a lot of time connecting with people, offering a listening ear.

I always start with explaining that we are called to ministry from different perspectives and what matters most strongly to each of us usually drives what stream of ministry we enter. As social justice was a key component to my call, I found that diaconal ministry was the natural place for me.  I then explain that diaconal ministers have a tendency to lead from behind–we encourage others into leadership and into sharing their experience, knowledge and skills. In my context, the average congregation member would not see much functional difference between a diaconal and an ordained minister so I spend time telling folks about how diaconal ministers are formed and trained for ministry.

The most rewarding aspect to my ministry is when I manage to gather a group of people together to do something they might not have thought possible when they were first asked. Recently I guided six people through a process of sharing a moment of personal confession and words of assurance (based on Molly Phinney Baskette’s book, Standing Naked Before God) during Lent. I brought them together to create a small group ministry in January so they could be of support to one another. Each of them was nervous to share their stories but they found strength in being a part of a group. This was especially helpful as half of our Confessions had to be done in extraordinary circumstances as the pandemic shut down in-person worship service in mid-March. Each of the six people shared with me that it was a meaningful experience for them–because of my leadership and encouragement and because of the support of the small group ministry.  I feel this same sense of fulfilment when I have led study/exposure tours for youth and young adults. Being able to offer learning opportunities through a lens of our faith tradition allows for me to explore social justice concerns alongside with learning how other people see the world and how they understand what it is that God is calling us to do in and for the world.